When the interviewer is intimidated…

Emma: We’ve written a fair bit on the idea of “non-expert” managers — those of us leading teams of people with more talent and/or more experience than we have in whatever we’re trying to manage. Last week, I chatted with a friend of mine who is in the middle of interviewing someone with more talent and experience to potentially join his small team.

Andy: Add “in an interview” to anything and it’s automatically more stressful.

Emma: Right? Evaluating if someone is a good fit for your team is fraught enough. I think it’s really, really hard to do if you’re intimidated.

Andy: Oh, I’ve been there. You’re not sure why you’re qualified to do what you’re doing, and actually, now that you think about it, you’re pretty sure you’re not. The qualifications you do have slide off your mental resume, and you’re in the interview about as effective as a motivational poster.

Emma: I’ve been intimidated by my interviewees lots of times. I’ve gotten better at it. I can now say, “Here’s what I’m like as a human individual and also as the leader of this team, take it or leave it,” without wanting to throw up or feeling like a fraud.

Andy: This is a really good thing to get better at! If you don’t, there’s a good chance you’ll start practicing ageism: aiming to hire younger than you to boost your own sense of control. Or, you’ll maim your team’s potential by avoiding uncomfortable interviews. Or, your confidence pit might lead you to skip the work of the interview by hiring the person’s resume and just crossing your fingers they’re not going to be terrible. When you’re not interviewing well, you’re probably not hiring well.

It’s easy to think that brilliance, experience, and tenure are automatic positives. They can be. Or, they can bring superiority, jadedness, ire, judgment. They can slow a team down as much as they can speed it up.

Emma: Hands-down, the thing that helped me gain the confidence to say “take it or leave it” the most was not being able to say it, making the bad hire, and living through the consequences. Experiential learning: effective, but typically not very fun. It’s also kind of embarrassing to write about. “Here are all the times I didn’t have a backbone!”

Andy: Yes, a lot of this stuff feels very silly on paper, which I love. Read about all our mistakes! Avoid them! Save yourselves! A bad hiring decision can take months to undo.

1. Doubting your interview curriculum? Remember: it’s a reflection of the actual job.

Emma: I remember so clearly sitting in an interview in 2016 with a great writer and his excellent portfolio full of clips from decently regarded, real-life print magazines. Here he was, in a room with me, a non-journalist with no bylines, and I was supposed to ask him to do a writing test. I did not want to do that. It felt beneath him, so I was embarrassed.

Andy: This is just a complicated fact of life: we don’t want to ask Beyoncé to take off her shoes when she comes over to our house; we don’t want to ask bylined writers to take a writing test. But if the test is beneath them, the job is beneath them, and that’s something you both need to find out before their first day at the office. Double-check your interview is an accurate representation of the job, know what you’re looking for, and dish that test up. I’ve had super qualified candidates literally roll their eyes at the skills tests I’ve given. What a fabulously straightforward red flag.

2. Taking the blame for the candidate’s bad behavior? Shift it back.

Andy: When that candidate rolled her eyes at my skills test, I was tempted to roll my eyes, too. It was obviously a dumb test, written by a dummy (me!). A big part of me wanted to rescind it, crumple it up, then do one of those Men In Black memory eraser flashes and start over. Fight this feeling, and instead pay attention. Their reaction to your interviewing gives you new information about their reactions, not about your interviewing. Is eye rolling the kind of response you want to anything in the role? I don’t.

Emma: It wasn’t until I was writing this newsletter that I considered all the people I should be intimidated by, but I’m not. There was a time a few years ago when I was brainstorming with you, Andy, and a couple of our very wonderful coworkers, Becca and Nicole. I was trying to explain how my brand new idea for on-boarding new hires could work — drawing on the whiteboard, talking a mile a minute.

Andy: I think there was a very elaborate metaphor about swimming?

Emma: I have no doubt. Lo and behold, I was bumbling my way through trying to describe “project-based learning,” a very basic educational concept, to a handful of my peers who all had education backgrounds. This is a laughably humiliating scenario. But Becca, a former teacher, just said, “Oh yeah — that sounds like project-based learning. What if we…” and off we went brainstorming. There’s a difference in being impressed by someone’s experience and expertise, but not shrunken down by it. Chase that feeling.

Andy: If I get a bad reaction to something in my interview, I like asking them how they’d re-do it.

Andy: If they’re collaborative and helpful, you get see how they use their brilliance and experience for the good.

3. Devaluing your own credentials? Remind yourself that you have experience they don’t.

Andy: It’s natural to hold your resume next to a more impressive one and feel small. In 2014, I was in a cohort of young managers who hired someone with “real experience” — years of management at a magazine that lots of people subscribed to. We thought surely his level of experience was what we needed. But when he arrived, he did not come in with genius ideas that worked perfectly and set us on track. He had years of experience working in a totally different environment. I learned the lesson that not all experience applies when he asked me in a total panic, Oh my god, Andy, what should we do?

There were a lot of questions we could have asked him in his interview that would have shone a light on how he’d really be in the job — we just didn’t. We looked at the resume, figured he was way better than us, shunted our questions to the side, and voted yes in the huddle.

Emma: You might not have as many bullet points on your resume, but the fact that you have been operating in your work environment for any amount of time means you’re uniquely qualified to know what the job will take: how hard it is, what success looks like. That is your superpower.

4. Lost your barometer? Turn to your interview prep-work.

Andy: When the candidate outpaces me skill-wise, it’s hard to truly evaluate them on those skills. I feel like I’m judging the running form of an Olympic athlete. What can I say? They seem really fast.

Emma: Instead of evaluating their skills with a nuance you don’t have, turn to the rubric you’ve made for the role and mark the skills section with a big green check. They’ve got it! Then, turn to the other traits, skills, and responses they need. With the Olympic athlete, they’d pass on “fast” but what else do you need to know before they join the team? Doesn’t dope? Shows up to practices? Works well with the coach? Those are the questions neither their resume nor their sheer talent can answer.

5. Trying to convince yourself you’ll learn from them? Ask yourself if that’s the job you’re hiring for.

Emma: This is a trap I fell into with that great writer guy I didn’t want to give the writing test. I waived some dealbreakers because I thought: Hey, maybe I can learn from him. But he wasn’t all that interested in being my teacher — which makes sense. Unless you’re hiring a trainer or a tutor, “teaching you everything they know” isn’t going to be on their deliverables list.

Andy: If it’s not their job, don’t hire for it. And don’t expect it to happen. Just as living with an amazing cook won’t automatically mean you’ll get cooking lessons, hiring an expert won’t mean you’ll learn from them. 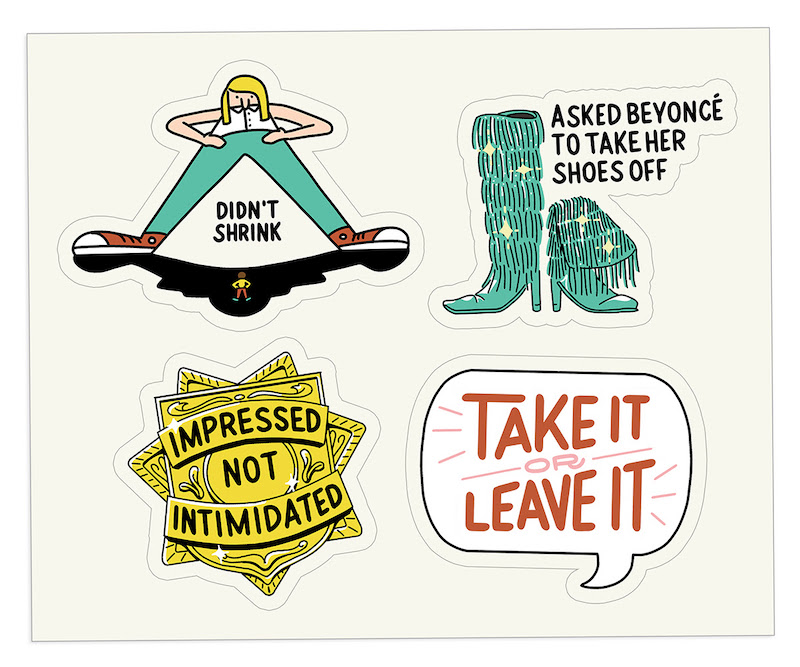 A few more ways to say “I don’t know”

What to do when you have a bad boss