My team is better than me

Emma: I was working at zulily when a mini revolt happened. The company was growing like crazy and they slotted in a bunch of senior managers who had zero experience in the things they were managing. Customer service managers started managing photo editors. An HR director was hired to lead the editorial department. We were indignant! Someone from our ranks deserved the spot — but if that wasn’t going to happen, at least bring in some sort of visionary to lead us to glory.

I’ve never seen 100 people eat crow so fast or so happily. Yum, more crow please! We loved our new bosses. Because they were really good bosses.

Andy: Yeah, turns out, being good at the thing you’re managing has quite literally nothing to do with being a good manager.

Emma: It’s been one of the biggest, most brain-altering lessons of my career.

I’m not saying they’re mutually exclusive. I’ve had great bosses who were great writers and editors. And you can still get something out of working for a bad boss who’s a visionary. But what’s the most common complaint we all hear from people who hate their bosses?

Andy: I just rewatched The Devil Wears Prada, and even though I think the message at the end was that Anne Hathaway ultimately learned a lot from Meryl Streep and then got the job of her dreams, I’d argue more credit should go to Stanley Tucci. He was the one who mentored her and gave her bangs and helped her grow when she was ready to grow. I’m a big fan of Meryl Streep. But why aren’t we talking about Stanley Tucci more?

Emma: Those zulily managers were so amazing because their jobs were to manage. Not to produce new work, not to clean up their team’s work, not to somehow revolutionize the work. That’s what your top performers are for!

Andy: When you think of it like that, managing a team of people who are more talented than you is actually your best case scenario — but only if you’re not competing with them.

Emma: When I release myself from the expectation of being the best at what I’m managing, I free up so much room, both for myself and for the people who shine on my team. If I’m not trying to produce great work, I can spend more time noticing the great work they do.

Andy: And helping them work on what they need to work on. That’s the stuff that makes you a good boss.

Emma: Retooling my brain to recognize a different model of manager — hiring the person who will strive to manage well, not just whoever’s the top performer — took seeing it in action at zulily. If I didn’t have that, I think I’d still be struggling with an inferiority complex whenever someone on my team outshined me. Let’s be honest: sometimes, I still do.

Andy: And it’s fair to allow yourself the possibility that you might actually be happier as a top performer. I was reading Kara Swisher’s essay in Slate. She ends it with: “Over time I’ve realized I don’t really like being a boss…I’m ultimately too selfish for that. I’m more interested in my work than anybody else’s work.”

You can’t outperform your top performers, but you can:

Figure out where your top performers want to go, then strategize how to get them there. Create different promotion/raise paths for both future managers and outstanding individual contributors. Give both types meaningful leadership opportunities like on-boarding, mentoring, leading weekly critiques, filling in when you’re on vacation, presenting at important meetings, etc.

If you’re not able to uplevel your team in a certain skill, who can you hire to do it? What conferences can you send your team to? What courses can you get the company to fund?

Build opportunities that demonstrate you care about what your team is doing. Put together monthly deep dives focused on your team’s best work. Or, have them do a deep dive on the work other companies in your industry are putting out.

What do they want changed? What’s hard about their job? What processes suck? Why have things failed in the past? Get the answers and start removing obstacles. They’ll love you more for this far more than if you were a visionary. 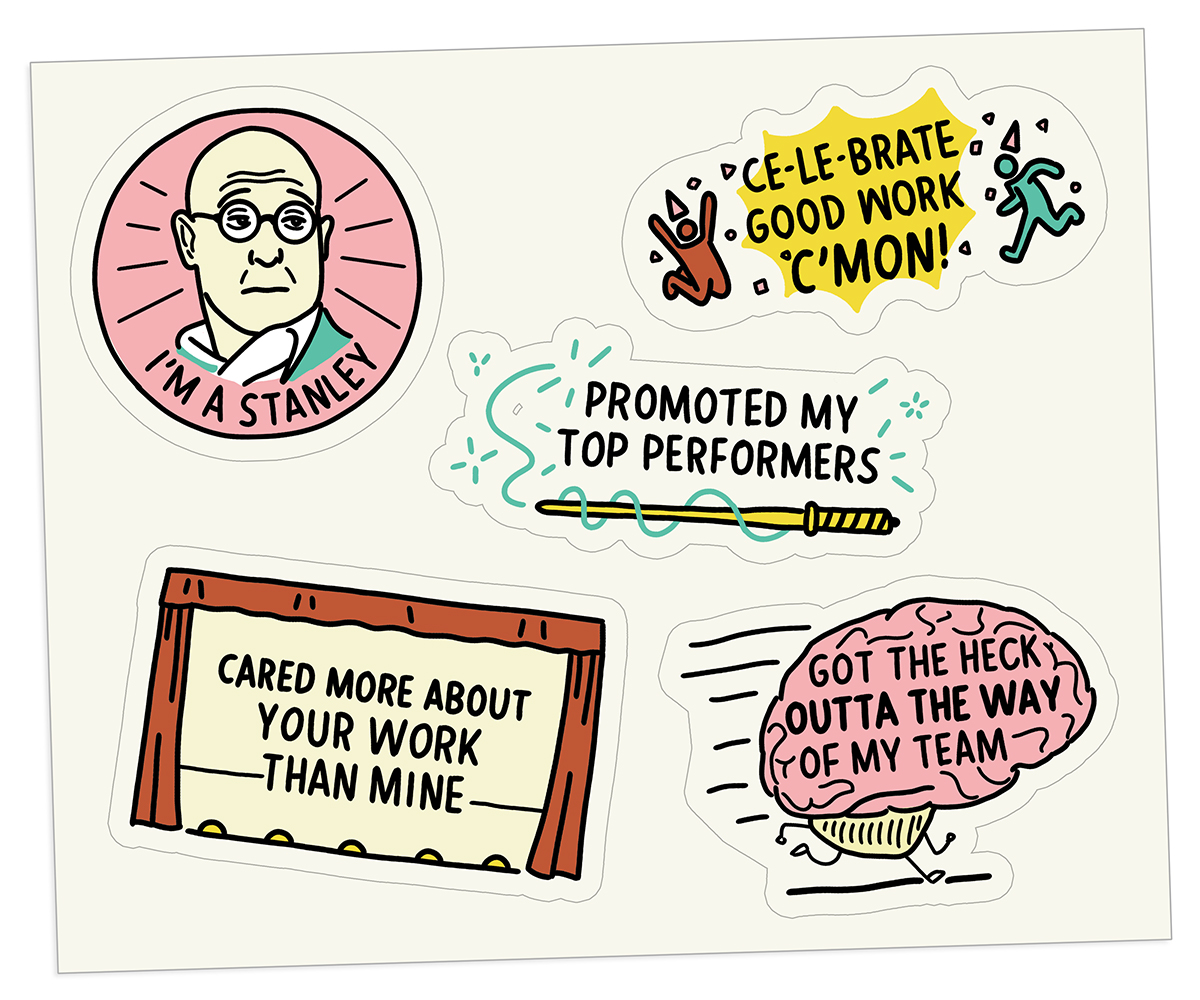