Andy: There’s this letter from Wallace Stegner “To a young writer” that I read periodically to renew my sense of confidence that there’s wisdom for me in the world. The first paragraph is a series of nice, solid answers to specific questions. And then, in the next paragraph he writes:

But when I have said this, I am left feeling that most of what you really hoped to hear has been left unsaid. I suspect that much of the reason for your writing me was a need for reassurance… You would like to be told that you are good and that all this difficulty and struggle and frustration will give way gradually or suddenly, preferably suddenly, to security, fame, confidence, the conviction of having worked well and faithfully to a good end and become someone important to the world. …It is the sort of thing I felt myself at your age, and still feel, and will never get over feeling.

That’s where I write from at The Bent: all the reassurances I want myself. We’ve written 100 of these things and I am still writing to those feelings in myself.

Emma: Work is so hard. It’s complicated. It’s full of other human beings who are weird and forever changing. There are a million areas to get better, to learn, to grow — and some of them are so easy!

Andy: Once someone shows you how to write an email with bullets, you’ll never go back!

Emma: I think anyone who gives advice is just talking to a former version of themselves. It’s definitely how I write The Bent. I’m thinking back to how terrified I was the first time I was going to fire someone. My boss at the time tried to help by saying: “Just get in there and do it. Like a BandAid!” Which isn’t particularly wrong advice, but at the time, I didn’t really know what I was getting in there and doing. I needed so much more: help with what words to say, what to do if/when, a reminder of why I was firing this guy in the first place…

Andy: There just isn’t always a person at the office who has the capacity to do that. I mean, my manager’s last words before we walked into my first firing were, “You sure about this?”

Emma: Lol, I would have blacked out. I hope that’s what The Bent is: the champion you might not have. The person who gives permission, clarity on what’s actually possible and expected, literal next steps.

Andy: Even knowing how it felt to get drop-kicked into a situation didn’t mean that I never drop-kicked someone in exactly the same way. I definitely did. It’s honestly the hardest thing about hitting send on 100 newsletters — that all our former direct reports and current teammates will know we didn’t and don’t live up to our own advice.

Emma: It triggers a very specific type of gag reflex. But I do appreciate how writing advice about work makes me a more thoughtful worker. I like the feeling of getting better and knowing that other people can get better, too. I think that’s why so many of our subscribers aren’t managers at all. We’re all working with other people on some kind of project, trying to get something done.

Andy: I can get really angry that we’re all here, trying to get one tiny bit better, one tiny bit more comfortable, on our own effort. One thing I’ve learned in the last few years is that sometimes the “dysfunctional” office is actually functioning perfectly well for itself. It’s meant to stay broken, to give the power and say to the powerful say-so-ers. It’s meant to make you tired and drained. That’s how it works.

Emma: It’s why we advise people who write to The Bent to quit and to keep quitting and to quit again: there’s an eject button on your seat and you can actually push it. But it’s also why we give advice about how to track time, and delegate, and have better 1-on-1s. I’m angry and I want more people to quit when they need to quit — but then what?

Andy: Exactly. Every time we work on a new issue, there are four messages drumming in my skull: You will get better at this. Leave that toxic shit hole. Find someplace good. Do what you mean to be doing. And all those have to work together.

Emma: They’re totally connected. When I get better, my standards get higher and my tolerance for bullshit gets lower. I know what to look for. There are good managers. There are people working hard to be better. Our subscriber list proves it.

Andy: Wallace Stegner again: “…though the hope of your reaching them all is about like the possibility of your tracking down all the surviving elk in America. But any of them you find you will treasure.”

Andy: I find it so hopeful! There must be so many, so many more than we can see!

Emma: I wouldn’t Google that if I were you… 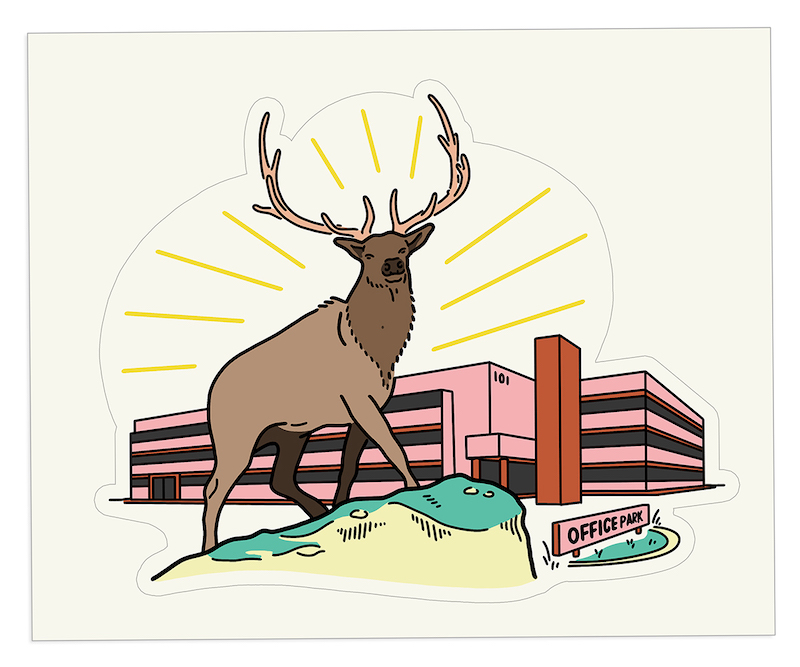