How to tell your team you’re quitting

I’m leaving a team of eight people that have been my direct reports for a long time, and I’m struggling to find the best way to explain why I’m leaving.

How much do I disclose about money and perks? Should I talk about my personal reasons for leaving? I’ll be getting paid more and have better benefits at my new gig, and I don’t have much faith in the long-term success of my current company. I need a way of saying “I’m going to be better off in every way possible” without accidentally souring my team to their current employer, which I definitely don’t want to do.

Andy: First of all, congrats on the new job!

Congratulations. Good luck. Your team will be fine.

Andy: You don’t actually need to explain your decision to move on, and I implore you not to try. At best, you’ll sound defensive. At worst, you’ll be rubbing it in everyone’s face — which it sounds like you’re most worried about doing. When you’ve been in the trenches with the same people for a long time, it can feel awkward to move to a new trench with a better view and more vacation time.

Emma: It’s true. I’ve quit lots of jobs, and I always feel a little bit guilty, regardless of how killer the new opportunity is.

When I’m prepping this kind of announcement, I try to imagine what the people I’m telling are going to think and feel and want to know. In my experience, Why are you leaving? doesn’t make it on the list. Give your people some credit. They already know why you’re leaving, and it’s not for fewer opportunities, a smaller paycheck, and no 401(k). They are well aware that bigger salaries and better benefits exist. They have their own beliefs about the viability of the business they’re in.

Andy: It’s totally okay if your leaving spurs them to realize they want more, too. Just like it’s okay for them not to want more.

Emma: My suggestion is to keep all Why I’m leaving explanations out of the conversation, and instead focus as much as you can on your team: the information they need to know and your gratitude for the work you did together.

Andy: Agreed! Save salary and benefits details for the people you’re close enough to get drinks with. There’s almost no way to tell a group of people “Where I’m going is better!” without it sounding like “The place you’re still at is worse.”

Prepare for Your Team’s Reactions

Most people have one of three reactions to news that their boss is leaving.

Hooray!
You probably won’t hear this one said to your face, but it’s still worth a mention. This a win-win situation: You’re glad to be going, and they’re glad you are, too.

So?
This is a massive change in your life, but for other people, it may barely register as a blip. How much this stings depends on your ego.

What does this mean for me?!?!
If you’re the boss and you’re quitting, that means they’re getting a new boss. And that can be a very scary thing. Pretty much any emotional response you get when you announce you’re leaving will be rooted in this fear, whether it’s open hostility, all-out panic, passive-aggressive jealousy, or gleeful scheming to make your old job their new one. The more you can address this fear with clear and useful information, the better for everyone.

6 Things to Share with Your Team When You Quit

1. The name of your new company

3. Your last day as their boss

4. What will be happening to your role

(Sometimes, you will not know this answer, or it will be confidential as everyone gets their ducks in a row. Confirm what you’re allowed to share with HR and your boss. Share that information. And be an advocate for transparency on behalf of the team you’re leaving.)

5.Your expectations for day-to-day work and processes leading up to your departure

6. Your availability for 1-on-1 conversations during this time (the more the better!)

Andy: It’s good to remember that leaving is not abandonment.

I learned this from one of my mentors at Groupon (:handwave: Caroline Dokun). A lot of people were leaving my team to other jobs, to grad school, to the Engineering department, to travel abroad. I was super worried. I wanted to know how I could get them to stay; Caroline told me to let them go. She told me it’s healthy to move on.

Emma: Zero attrition is creepy. Imagine a workplace no one ever leaves, where promotions only occur when a job is vacated by death. The only place that works is the Supreme Court, and I’m using “works” very generously.

Andy: We have to move on or move up to make way for the next people. The farther up the ladder you get, the fewer positions there are — and sometimes you can only move upward somewhere else. Caroline taught me: That’s what growth looks like. It’s healthy. It’s great.

Emma: I really encourage you to take some time and reflect on the past years with your team, and then share some of that reflection with them. This is my favorite way to transform “I’m quitting!” into a celebration — of your new role, sure, but also of the people who helped you get that new role. It doesn’t have to be overly emotional or last for very long, but it should be honest and specific.

Andy: I’d tell my team that I’m excited for the new opportunity and grateful for getting to work alongside them. For witnessing their growth and getting to have a part in it. Channel the persona of a high school teacher talking to her graduating seniors: It’s not easy to go, but it’s the next step. 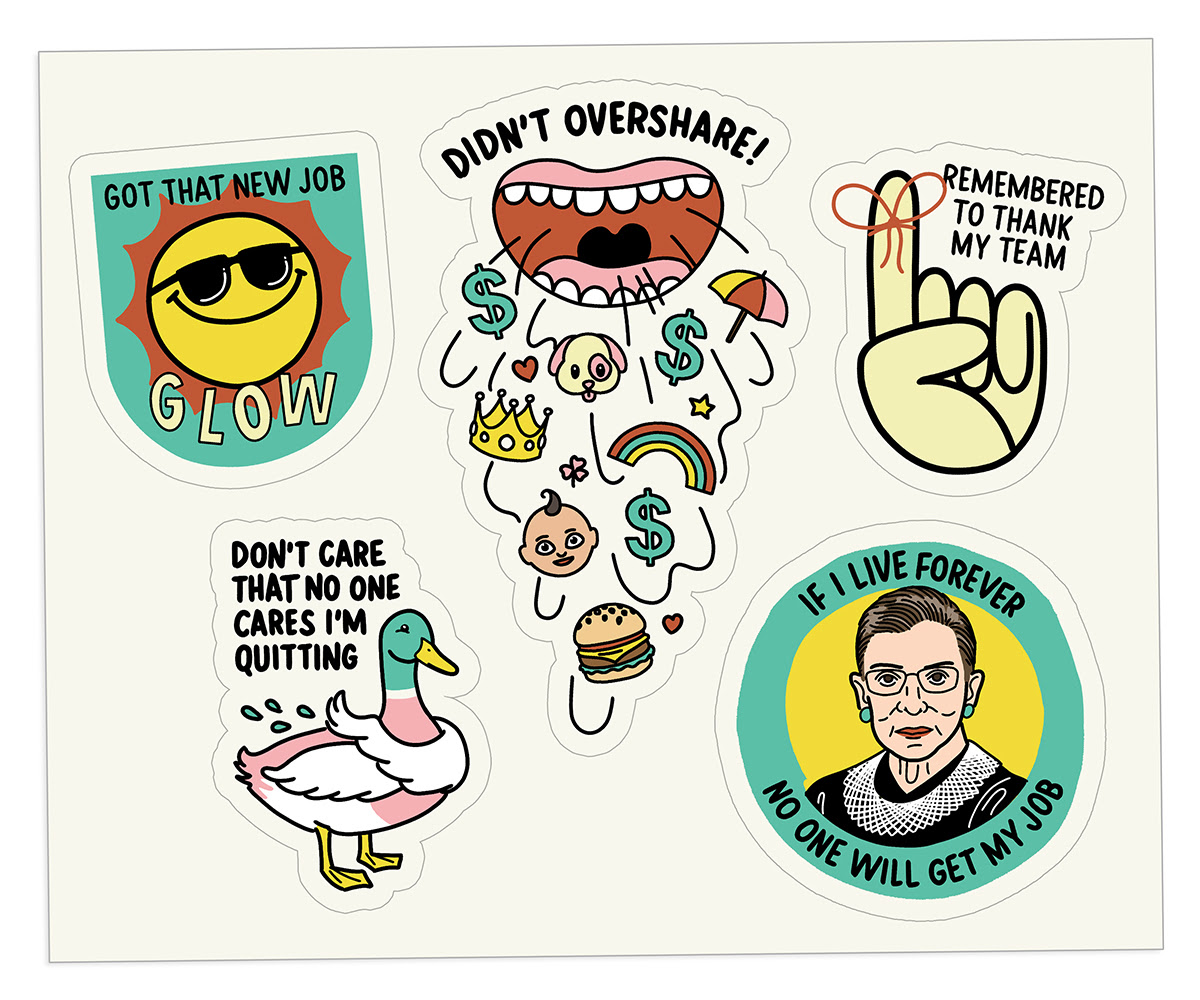 Yes or no: Friends with your reports?